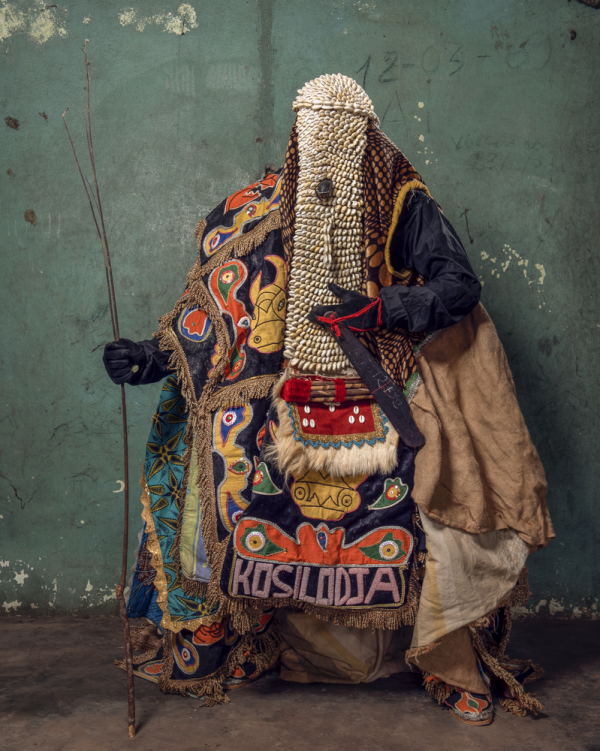 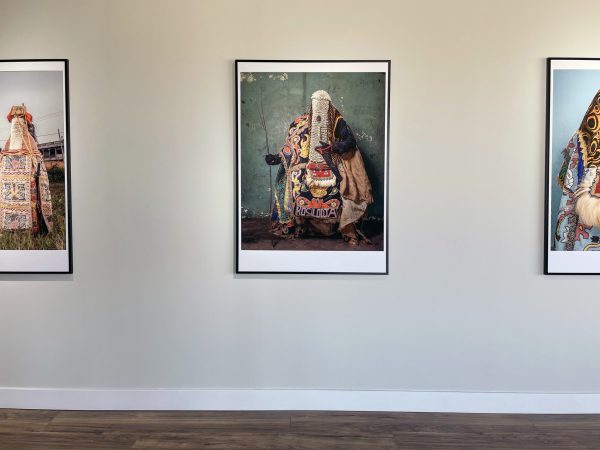 THE CULT OF ANCESTORS

Gladieu’s EGUNGUN series provides insights into another closed-off society. In 2018, Gladieu traveled to Benin, West Africa, into the land of the Yoruba where he photographed the mystical rituals of the EGUN and their ghostly ritual masks. The EGUN is a figure that can move between the world of the living and the world of the dead and appears after the death, or in some cases the birth, of a member of the tribe. In long ceremonies, food, drink, and money are sacrificed to the EGUN, who includes these items in his ritual. It is strictly forbidden to communicate directly with the EGUN or even to touch him.

To accomplish this series of portraits of revenants, it was necessary, every time, to discuss the matter at length and pay a small sum of money for offerings to propitiate the capricious deities. The meaning of the rituals, costumes and masks must remain secret. Only initiates know the secret of the gods. To share the secrets with the uninitiated would diminish the gods. Thus it is difficult to have a comprehensive understanding of the subject, without becoming an initiate oneself.